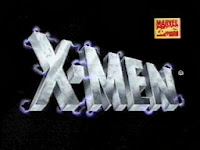 This week I have been reading an Uncanny X-Men run from 1990 onwards (for those to want the details its Issue 276 onwards, inclusive of issue 282 - first appearance of Bishop) these comics have been festering on my shelf for some time now. I would have read them earlier but honestly the chore that was Days of Future Past put me off older X-Men titles for a while.

One of the things that I noticed when I began reading the run is the obsession with action. The character development in the title is not just thin but for massive portions of the run it’s not there at all. Communication between team members takes place during convoluted mid-battle musings and down times happens between issues, if its there at all.

The art work on the other hand is wonderful. As usual Jim Lee brings the defining look of the decade. If anything his art is far better than the printing technology used and rarely looks as good as I am sure the source images were. With the addition of some ageing in my prints (they suffer from some fading and occasional smudging) I can only imagine how great it looked at the time when the images were more colour filled and sharp.

Women are drawn sexy and flawless, even in the heat of battle they wear little more than skin tight outfits, never once getting an injury that would detract from their beauty. As much as people would have you believe that this is in some way disrespectful to the sex as a whole its important to realise that the women of the 90’s Marvel universe are often the superior combatants and usually have the greater power set in any given fight. They are the focus of many stories and never need a knight in shining armour to save them.

Meanwhile the men of the series are all hot headed and keen to become the alpha male. They are drawn with perfect chiselled muscle tones and unrealistically perfect features If anything they are less real characters than the women at times. Its only Charles Xavior’s constant and unquestionable leadership that puts the patriarch at the top of the pile. He is the wise man that is respected by all and the only member of the team who is not an athlete. That said at the beginning of the run even he seams to be a skilled fighter. The art direction taken with the character makes him appear tall even though he is rarely seen able to stand. Every furrow in his brow is as sign of his wisdom.

As the 90’s was the decade for over sexualised females and overly muscular males. I’m sure that at the time this would have been a cause for great debate for the fans and enlightened followers but as a modern day reader looking back it’s quite a different experience than I have become accustomed to and a not altogether unpleasant one.

The current Uncanny X-Men run (part of Marvel Now) is a slowly unfolding enigma that is rooted beep within character building and alliance forging. There is a side story of romance, an arch about daemons, one about trust and an over arching story questioning the morality of the protagonists.

The 90’s run has smaller (usually three issue) stories with very direct targets for the characters. Somehow they manage to introduce plot elements that make these simple targets and actions that are forced to appear convoluted while building very little depth.

One thing in particular did tick me off though. We saw the infamous Emma Frost quite clearly get murdered but in the very next issue we are told she was kidnapped. A little square in the corner assures the reader that even though its not what we read it was in fact what happened, signed by the mysterious time altering ‘bob’ this kind of issue by issue Retcon is not really acceptable to me and implies that the writing team were not on the same page between stories or even issues. As a reader I find this kind of move really breaks my momentum in the plot.

What’s strange is that even with all this I am thoroughly enjoying the run and in many ways it’s holding my attention better than the far superior modern run of the title. I think partly it’s the nostalgia factor at play but the fast paced action is quite different to most modern comics and really sucks you in. As soon as I run dry (I have about 30 issues of the run) I think I will be hitting e-bay for a fix.

I find the trends in comics fascinating; the change from year to year is something that can only be appreciated years after they are printed. It is enlightening to see how we got to the point we are at now. Maybe comics are fading in popularity, as some pundits would have you believe but even if that happens and they top printing tomorrow (well, next Wednesday) There is a treasure trove of social commentary as wonderful super hero shenanigans available to us already.

E-bay is your friend!