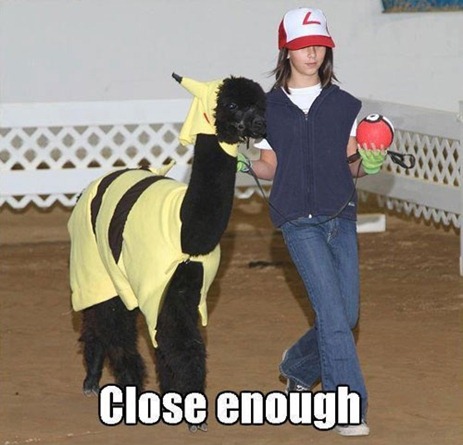 The last weekend I ventured back to the MCM Expo in London, only this time I went dressed up in a costume, or as many know it cosplaying.  It wasn't the most extravagant of outfits but I was pretty happy with it. As you can see from the photo I dressed as Kaneda from the Akira film/comic. I got asked for pictures a couple of times and, very much to my satisfaction on two occasions someone yelled KANEDA!!!! at me (if that means nothing to you,

go watch the movie, it's great). So  I thought I would share some thoughts I had on cosplaying.

The first thought is a very simple one. Some effort is better than no effort at all. At the Expo I saw several zombies with truly excellent make up and outfits (including one that was texting on her phone but never once broke her zombie shuffle). However I saw others that had done little more than dabbed a little fake blood on there face. Regardless, you have make an effort and that is to be admired. I understand that there is a little anxiety to overcome when dressing up, and I certainly can't assuage that. However I can say that certainly that at the expo a good 70% of the people who go to the Expo dress in in some form, so you will be far from alone in cosplaying. 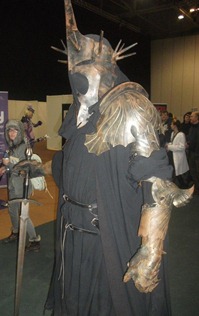 Which leads me to my second point. It doesn't matter how elaborate or complex your costume is, someone will have created a more impressive cosplay. For instance I saw a woman with wings so big that she had to go through doors sideways and the Witch King who had to be escorted about as he couldn't see where he was going. By all means try for an elaborate outfit but don't in anyway feel that you have to. There were several Slenderman wondering around, which is little more than a suit and bit of white cloth for a hood. Likewise there were plenty of store brought spider-man and deadpool cosplayers. Also just because you didn't make your outfit by hand from scratch doesn't discount you as a cosplayer, as far as I am concern the fact that you turned up in a costume is the important thing.

While I had a great deal of fun in my Akira costume, I was more or less dressed for the weather. As it was the last weekend in October, the temperature never got into double figures. This wasn't to bad once you got into the expo but there was still a lot of people hanging about outside chatting, 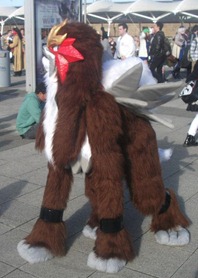 acting and dancing (inevitably gangnam style broke out left, right and centre). So my advice is dress for the weather, of course this didn't stop people dressing up in skimpy outfits, both men and woman. Likewise the same goes for the summer months, that massive suit you created may look badass but think about how you will feel after wearing it for 3 or 4 hours at 25 Centigrade (I don't do Fahrenheit, it is stupid and makes no sense).

This leads me (probably) my last point. This is more of a personal one than any real piece of advice. If you are man, dress up as a man, and if you are a woman dress up as a woman. Don't get me wrong I saw some pretty good cosplayers, including a really good Loki by one really tall woman, this is just a personal opinion. It's not like there are not thousands of characters to choose from, and as a woman you don't have to pick something skimpy. Heh in fact I saw a few women who did dress up in something skimpy and I wished they hadn't.

That's about it, if you have any other pearls of wisdom I would love to hear them.