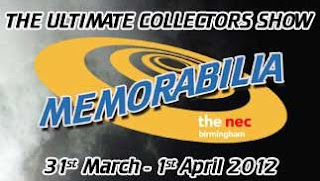 Once more I have found myself sitting down to write a blog that's not game related. This is a habit that I really am trying to kick, however with so much cool stuff that's not related to video game but still under the geek-interest banner I can't help but share my experience yesterday at the NEC Memorabilia show. The show consisted of three major sections, Sports collectibles, Comic's and Movie collectibles. All of which where organised well making it easy for me to avoid the sports related section. 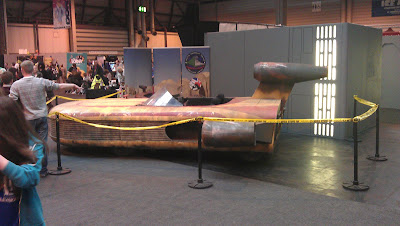 After a hefty walk from the car park to the event I was pointed to a line, the largest line of people I have ever seen but quickly we where guided like soldier ants to the event entrance. Upon entering the massive room I knew I was in the right place when I was greeted by a familiar land speeder.

The show as packed to the brim with awesome trinkets and random show pieces like Luke's speeder and a well known Delorean, there was also a TARDIS in the middle of the room with a remarkable David Tennant look alike (Apparently most the people there, like me feel that he was a better Doctor than the child who currently plays the part) 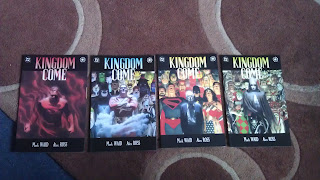 The comic book area held many prize purchases (I left with the whole run of Neil Gaiman's Eternal's and all four issues of the well known Kingdom Come series) but for more serious (wealthy) collectors there where items that are far more rare.

The Movie section featured literally every prop replica that I could have imagined as well as a few pieces that where so obscure that no one I was with could place them (many of the passers by was impressed. I however was far to embarrassed to ask the origin) film Cell's and DVD disks in frames where strangely among the most popular items that I saw people buying.

There where also a cosplayers all around, the strangest moment was when I got to see a bunch of Predators hanging out with a half built R2D2.

All in all its about the best shopping venue you can buy your way into for £10. I present below a few pictures from the show that speak for them selves. 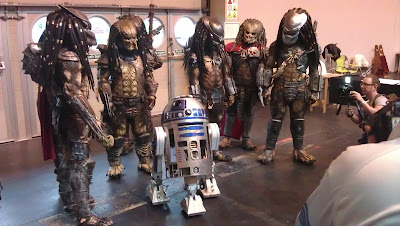 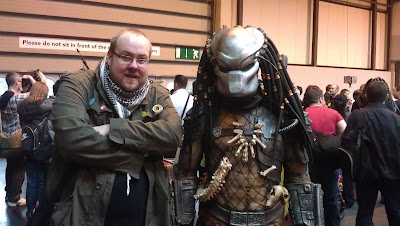 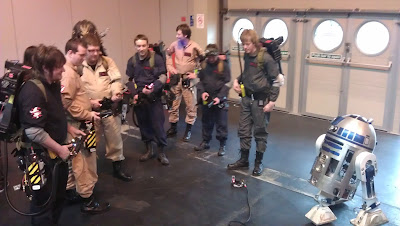 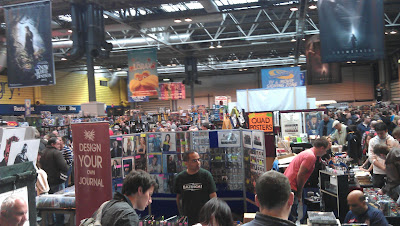 Also, where was Trading Cards. I know nothing about Trading cards except that if I see something with a Babylon 5 logo I buy it. Hence this little stack of awesome.

I was astonished at just how cheaply you can obtain a complete set of cards for most interests, however the opposite is also true with some Star Wars sets going for substantial sums of money.

I Would recommend the show to anyone, even if your not that into collectables or comic books its worth the £10 just for the spectacle of the day. Do however make sure you budget for the day as you can easily abuse a credit card for five.